Donut vs Doughnut: How Do You Spell It?

If you’re confused, you should be. We’re talking about the correct spelling – donut vs doughnut. Why? Where did the two spellings come from? And which is correct?

Where did the word come from?

The first publication featuring the sweet treat was in The Oxford English Dictionary in 1809. Within the dictionary, Washington Irving’s History of New York mentions the word, saying, “An enormous dish of balls of sweetened dough, fried in hog’s fat, and called doughnuts, or olykoeks.”

While this obviously refers to doughnut holes rather than donuts themselves, this is how the word entered the scene!

The United States started using the “donut” spelling around the same time; however, it wasn’t as popular (though many argue it was easier to spell). It is supposed that the increase in use of the spelling is thanks to companies like Shipley Do-Nuts, Dunkin Donuts, and similar businesses. 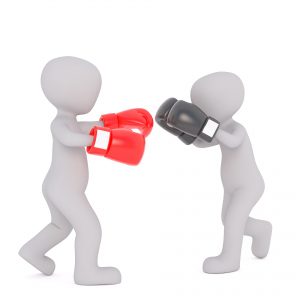 In this corner… Team Donut

Phonetic-based spelling fans prefer this spelling of the word. Indeed it is easier to spell and is much more phonetic. Think about the English language and just how complex it is. Think about how we pronounce so many different words differently, even if they have some or all of the same letters. Examples include tough, rough, bough, cough, drought, and trough. All of these words are pronounced differently!

Finally, when it comes to donut vs doughnut, the words sound the same, mean the same thing, and are just spelled differently! Team Donut supporters say that “donut” is just so simple and therefore superior. And while it started in the USA, this spelling is even sometimes used in the UK and New Zealand!

In this corner… Team Doughnut

At the end of the day, some people simply prefer the original. Whether that’s because that’s how it was intended or some other reason, Americans and writers all over the world still tend to favor this spelling over the other way. The UK highly favors the original spelling of “doughnut” over the Americanized “donut” spelling. Many cite the annual National Doughnut Day, which started in the 1930s, as further proof that “doughnut” is the correct spelling, but the jury is still out on this one. 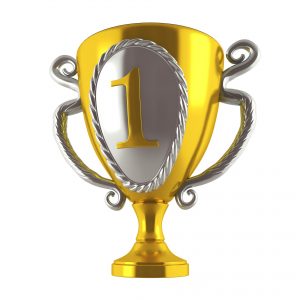 Donut vs Doughnut – Who’s the Winner?

Language is a funny thing. It’s always changing, always evolving, always morphing into something new. In fact, over 1,000 brand new words were added to the dictionary in February 2017. And we will continue to add words. Slang changes over time, too. Language is a fluid thing and we can only expect it to continue changing.

So here’s what it comes down to: use the spelling you prefer! Both are acceptable, though apparently the Associated Press cites “doughnut” as their preferred spelling. However, their reasoning behind this is that the word “donut” – since it is not the original form – should only be used in food-oriented business names and advertising. Anywhere else, you should use the original “doughnut” spelling.

Thus, will we ever truly settle the doughnut vs donut debate? Will simplified American English versions win out, or will “doughnut” still stand strong in the end as the preferred spelling? What do you think?

Get the best donuts – or doughnuts – in town at Shipley Do-Nuts today!

Need to satisfy a craving? Head over to Shipley Do-Nuts or order online for the best donuts, doughnuts – or whatever you call them – in town! It’s super easy to order online. Simply click the button below and follow the instructions. Voila! Deliciousness is on its way to you!

Donut vs Doughnut: How Do You Spell It? | My Shipley Do-Nuts – Houston, TX[:]